At a performance at the MTV Video Music Awards, Britney Spears appeared with Christina Aguilera performing the song, "Like A Virgin", and was later joined by Madonna. Spears locked lips with Madonna in a highly-publicized kiss. 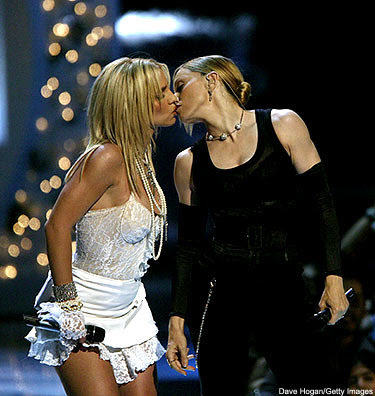 A reading (I made long ago) connected Madonna with Eva Braun. It turns out that Madonna was not Eva, after all. Fine turning reveals that the reading was not far off, though - and that the truth is unimaginably worse! David Icke can deny the Holocaust all he wants and Shirley MacLaine can scorn the Jews for their negative karma all she wants, but it won't help. Here is the reading in its original glory - preserved for posterity.

Although, past life reading is a very basic skill, there seems to be very few genuine past life readers around who can demonstrate basic competency in this field. So few exist. Even the greatest gurus like Yogananda were novices in this field. Many have made false public claims, based upon ego, rather than aptitude. Led by intuition and Gnosis aided by hypnois and channeling.It is important that these people show us their teachers - the source of their wisdom, so that we may test and gauge their understanding and knowledge of the difficulties inherent in the direct perception of truth. Assuming what we see under hypnosis or in deep trance states is the same objective truth that lies in the Akashic Records is a serious error. While conducting past life research, I discovered, in passing, that Madonna has a very close past life link with Eva Braun. 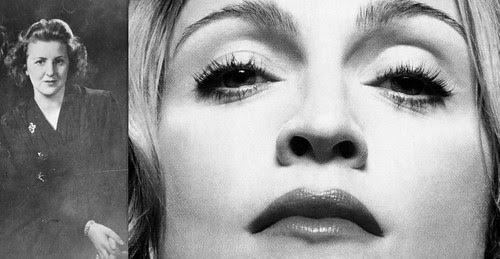 Eva Braun met Adolf Hitler, 23 years her senior, at Heinrich Hoffmann's studio of Munich in 1929. He had been introduced to her as "Herr Wolff" (a childhood nickname he used during the 1920s for security purposes). Hitler saw more of Braun after the apparent suicide of his mistress Geli Raubal in 1931. Some historians suggest she killed herself because she was distraught over her relationship with Hitler or his relationship with Braun, while others have speculated Hitler played a more direct role in the death of his niece. Meanwhile Hitler was seeing other women such as actress Renate Müller, whose early death was also termed a suicide. 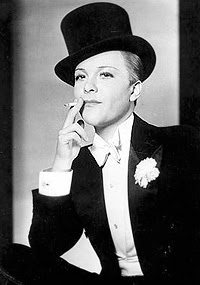 Highly popular German star Renate Müller was the toast of late 20s Berlin along with Marlene Dietrich. Unlike Dietrich, however, she suffered at the hands of Nazis and died under mysterious circumstances. She starred in more than 20 German films, including Viktor und Viktoria (1933), one of her biggest successes, which was remade decades later as Victor/Victoria with Julie Andrews. Renate Müller reincarnated as Britney Spears. 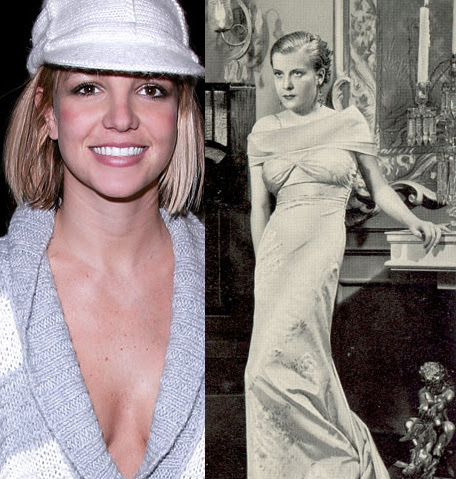 Müller made movies with many people including Willie Fritsch. 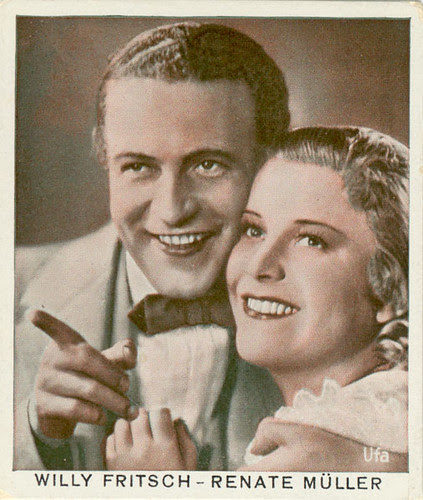 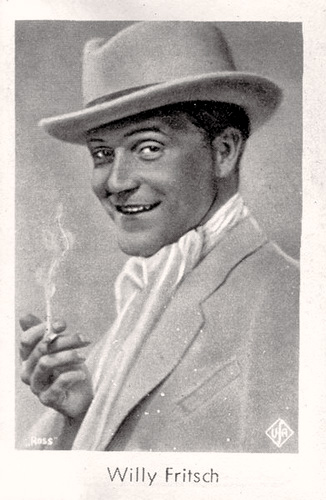 Truths of great import are hidden in plain view, but few, so very few, ever get to see them!

Most of the biographical data relating to famous living, dead or reincarnated persons was either copied directly from articles found at Wikipedia or slightly modified. It therefore remains free under the GNU Free Documentation License (GFDL).

Past life readings were supplied by trained expert Brianstalin who has studied with various gifted healers and teachers including the Dalai Lama.

Brianstalin reminds us that although the Akashic Records remains the ultimate source of all knowledge, we must access this source directly in order to determine the truth of what he or anybody else is telling us.